I’ve been through Panama City twice now and I really like it. The old town is wonderful to explore and half in ruins (though there is so much regeneration work going on that it will not be like this for long!) and the new city has some wonderful architecture and all the shopping you could ask for. It’s also on the coast and from each part (new and old) it offers some wonderful views of the other.

It is also close to the Panama Canal which for a logistics geek like me is marvellous (perhaps less so for you others) and just outside the city are a couple of islands which have been linked by a road causeway which is great to cycle along and gives even better views of the city from afar. There is enough around to keep you busy for a few days – which it did!

We arrived at 05:00 after our 17 hour trip from Costa Rica and having had very little sleep and no decent food we caught a taxi to the hostel Mamallena’s which was one of the few hostels we had tried that allowed a (very) early checkin. We got there and although there were no beds available yet, we were told there would be at 08:00 but in the mean time we could chill out in their hammocks in the garden and use the wifi – which we duly did and after crashing out for a few hours I got up and sneaked in to have a cheeky shower. Eight O’clock arrived and there still weren’t any beds so we phoned another hostel (our first choice but one that didn’t allow pre 8am arrival) and they did have room, so we quietly picked up our bags, thanked Mamallena’s for the use of their facilities under our breath, and walked out door and stepped into a taxi.

We ended up staying at Hostel Castle Lunas, which is where I stayed on my trip northwards, and had a private room for US$30. Not a bad price for the location and facilities. We were both feeling a little run down so we had a relaxing first day just walking along the sea front into the city and a cocktail at both the Hard Rock Cafe and also the Hard Rock Hotel (a touch of westernness for my birthday) and then had an early night to catch up on some sleep. 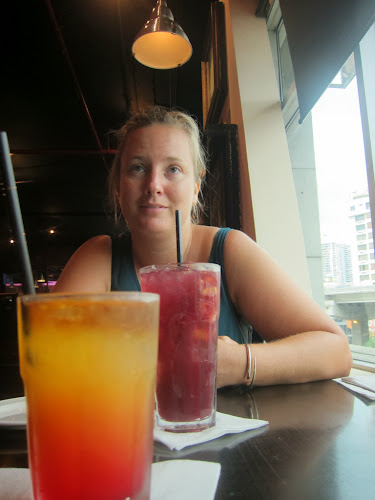 Day two saw us go out to the canal after a leisurely breakfast and an exploratory trip to the mall to look for some much needed replacement clothes and equipment. No purchases today but we returned the next day to hammer the plastic. There are two times you can go to the canal, from 09:00 till 11:00 and from 15:00 till 17:00. Because our perusing of the mall lasted longer than anticipated we didn’t get there till 4pm which only gave us an hour there, and once we did the museum we only had 30 minutes watching to the boats during which time only one container ship went through. Still, it was as great to watch for the second time as it was on my first visit. I think even Kate enjoyed it!

That evening we went out for a nice meal, paid for by my Aunt Brenda who had given me some money for my birthday before leaving the UK and I had kept it with me until now to exchange it for dollars and pay for a slap up din-dins. It was awesome. A few cocktails, some lovely food and then another fairly respectable early night; it seems I am settling into old age nicely. 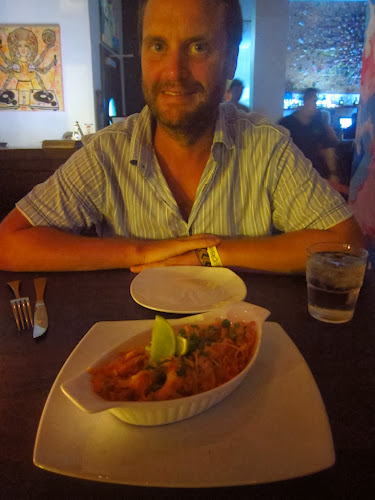 Swanky tapas in old town (much more salubrious than our normal eateries).

On day three, our last, we ventured out to the islands and hired bikes to ride up and down the causeway. I hadn’t been here on my previous visit and it was really cool. A perfect way to spend a few hours on a sunny day. 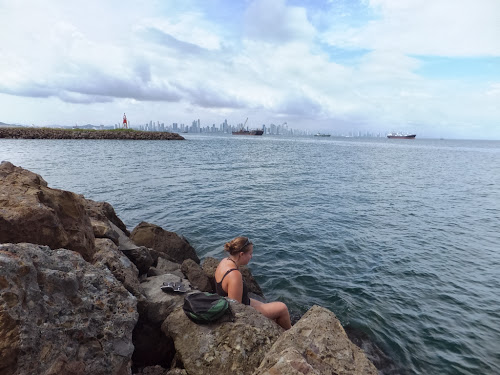 At the very end of the island chain looking back at the city. 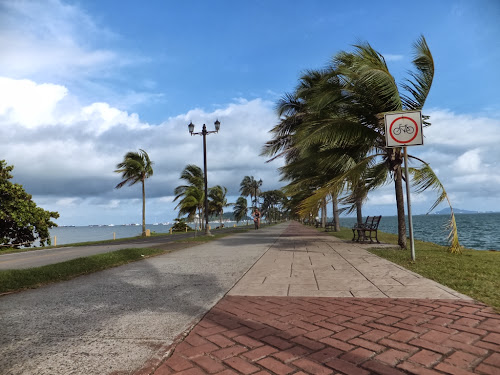 Cycling back down the causeway – the wind was picking up! 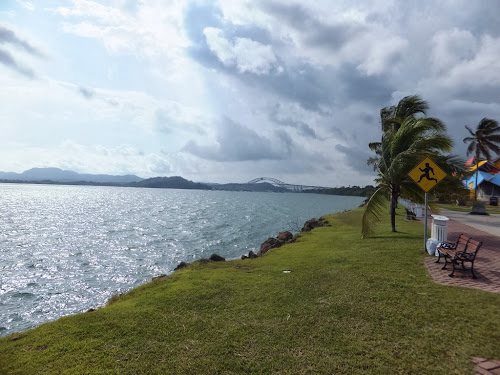 View of the entry to the Canal from the causeway (its the other side to the city).

That was our three short days in Panama. The next morning we spent a fortune on a 70 minute flight to Colombia and our South American adventure began!