Panama isn’t too far from Belize compared to the journey I just did through South America, but it surely took long enough to do. The main issue is that unlike South America, most border crossings are not 24hr – so night buses are generally out. This also makes the trip more expensive, because when travelling at night you offset your travel costs against accommodation costs. So this leg took longer than it should have and cost me more than I would have liked!

Most of the folks on the boat from Colombia checked into the Lunar Castle hostel which is a nice little place in the old town, and we found out that its very near the Presidential residence. This we found out by asking just why there were so many soldiers around with machine guns. That aside the old town is quite nice with lots of little squares lined with restaurants and some winding streets with shops. However, go to far and you really get into ‘old town’ residential streets that are not so inviting.

The city is on the pacific coast and the old town is just along the sea front from the city – an easy walk and even easier cycle (if the hostel only had enough bikes!). The view from old town looks like this; 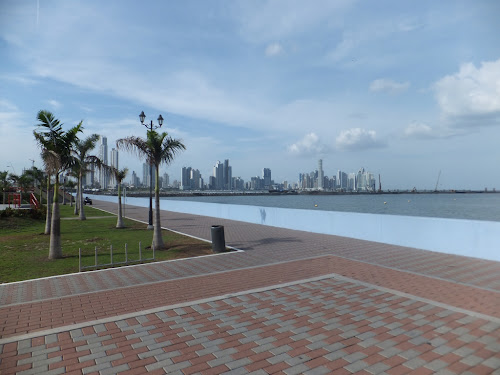 The city as seen from old town

On the day we arrived I did my own thing – found the bus station and booked my coach for the next evening heading to Costa Rica (my one and only night bus!) leaving at 23:55. I then found some money, had something to eat and few beers and got back to the hostel to find most of the others at the bar next door. We chatted for a while and had a respectably early night.

The next day some of us headed over to the Panama Canal museum and I got my geek on watching some ships – including a container ship – go through end of the lochs. 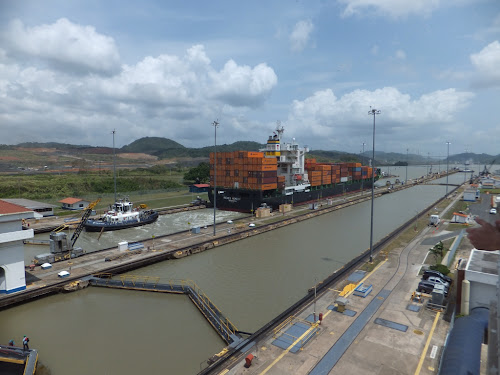 Sad but true – I was very excited. I have video footage available on request.

We then headed back to town and decided to stroll along the sea front and explore the city and some of its more interesting architecture. We had one building specifically in mind and followed the skyline until we found ourselves at its base. 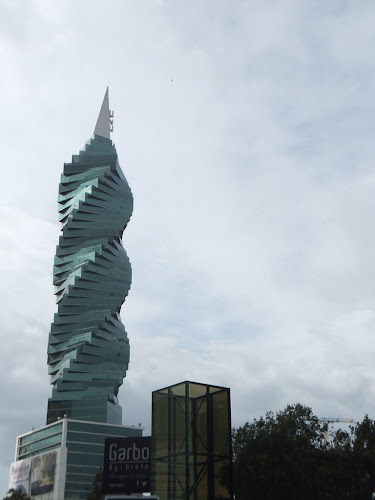 We then picked another interesting one (that looked like smaller version of the Burj Al Arab) and headed to that. After another fairly long walk through parts of the City that perhaps most tourists don’t go to, we got there to find out it was the Trump Hotel and we promptly decided to explore. At this point there was about 12 of us – mostly wearing beach type gear, certainly not looking like the average Trump Hotel guests. Whilst wondering through the hotel we lost most of the group to the ice cream shop but a small group of us (5) headed up to see if we could find a bar on the top floor. We partially succeeded! We found a bar, quite high, but not the top. However, it was an outdoor bar with an infinity pool! What an awesome view. We found chairs and loungers and made ourselves comfy whilst trying to look like we belonged, but we were quite quickly asked if we were guests.

“Yes” one of us duly replied. 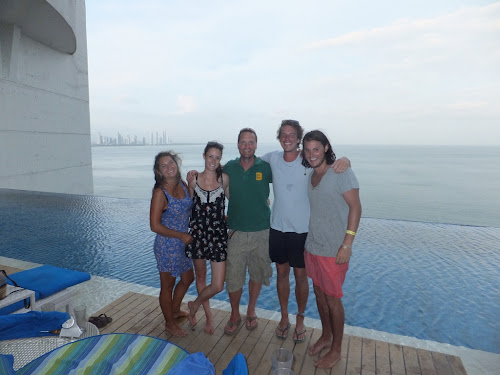 We stayed for a few before departing (with heavy hearts) before we were kicked out. A lot of the group headed out to Bocas Del Toro that night and I headed on to Costa Rica, but a few stayed behind to go out for the night and explore the casino life and I had a few drinks with them before I left. I can tell you, I really want to stay almost didn’t take that coach!

My journey to San Jose in Costa Rica was a fairly uneventful 10 hours, however on arrival it was made slightly more eventful by the fact the bus terminal had moved since my guide book was printed and I didn’t realise for about 10 minutes! When I finally figured out something was wrong (I wasn’t seeing the streets I was expecting to!) I realised two things. 1) the terminal had moved and I was the other end of town to where I thought I was, and 2) although the avenues and streets are numbered (avenue one etc) they ARE NOT in order. WTF?? Avenue 6 was about 10 roads away from AVENUE 5. Serious Costa Rica – WTF?

Anyhow, being tight of purse and having time on my hands I decided to walk to my chosen hostel which took me around 45 minutes. 45 hot minutes! But it gave me a good idea on my bearings so wasnt futile. I spent 2 nights in San Jose and have to say; there isn’t much going on here. But it was relaxing and I got some much needed washing done. To prove how exciting the city is, this is about my most interesting photo I took whilst there; 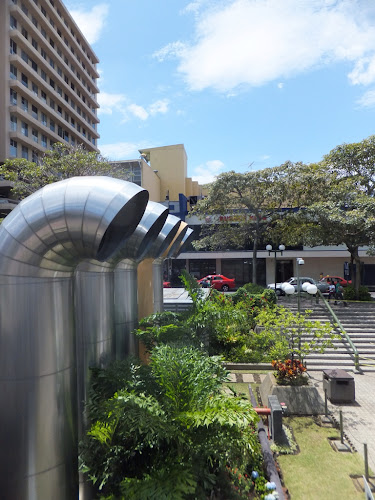 Time was running short and Kate would soon be arriving in Belize, so I decided to take a couple of long coach journeys back to back and skip through Nicaragua, Honduras and El Salvador and plough straight on to Guatemala – neighbour to Belize! My coach left San Jose at 03:00 (3AM PEOPLE!) and I didn’t stop until 23:00 (11PM PEOPLE!) in San Salvador where I stayed in a shit hotel in the bus terminal and left again at 05:00 the following day for Guatemala. That first day passing through two countries and staying in the third is a bit of a blur. I spent some dollars I had on me on food and sprite (my current favourite soda) but have no idea of local currency or exchange rates. I promise to stop for longer on the way back down!

I arrived in Guatemala City about 10:00 and having taxied from the bus terminal to my chosen hostel, rejected the idea of staying there (it was horrid) and having checked out another few local hostels and walked round a bit, I decided to leave Gautemala City by 13:00. 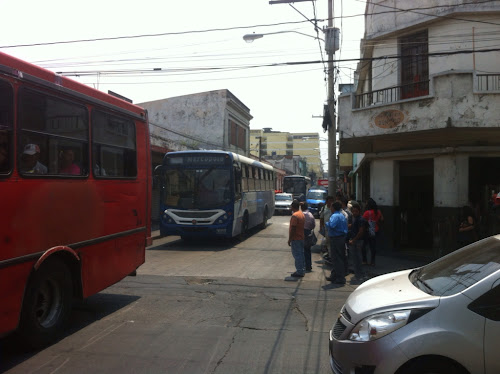 The next bus out was at 15:00 heading to Peurto Barrios – a small port town near the Honduras boarder from where I could catch a ferry to Belize.

There isn’t much to say about this town either. I arrived about 21:00 and struggled to find anywhere to eat that was open and in walking distance from the hostel (though I did eventually and they cooked a mean sea food rice for me!)

I did managed to have a beer with my dinner too, and toasted the happy couple; Gareth and Stefanie Turkington as today was the day they got married. Sorry I could be there folks! 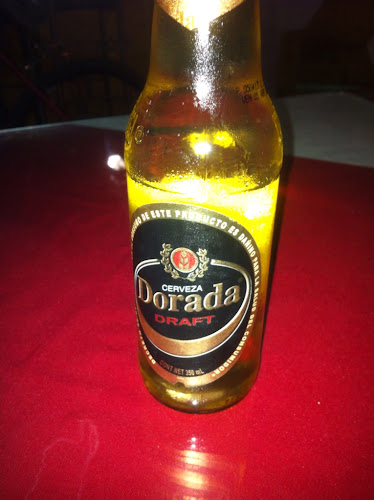 Sfter my refreshemnts though, on route back to my hostel I decided that Puerto Bsrrios just sent for me, I would leave at the first opportunity – the 10:00 ferry in the morning to Belize, specifically, Punta Gorda in the south – a town so laid back they shorten the name to PG and were hammocks feature heavily in every day. Sounds like bliss 🙂

So that brings me up-to my arrival in Belize – which shall be in the next post!