La Paz is awesome. It’s similar to Buenos Aires in that it’s somewhat westernised, with chain outlets, themed bars and pubs and its fairly condensed. That said, it’s very different is lots of ways;

All things considered, I think I actually preferred La Paz. That’s not only because it was cheaper! It just felt more real. More different. More alive. That said – the accommodation and the company of my friends in Buenos Aires certainly made my stay there much more enjoyable! JJ and Sara; thanks for letting me in your home!* 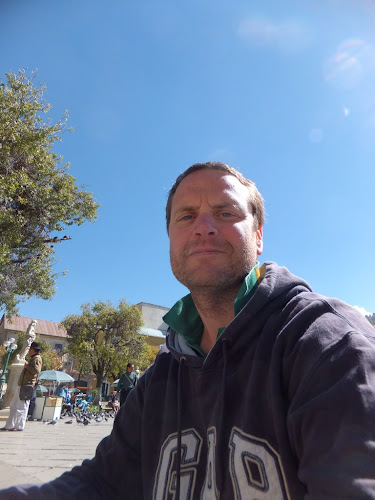 Me in a Plazza in La Paz. Contrary to how it may look – I am enjoying myself! 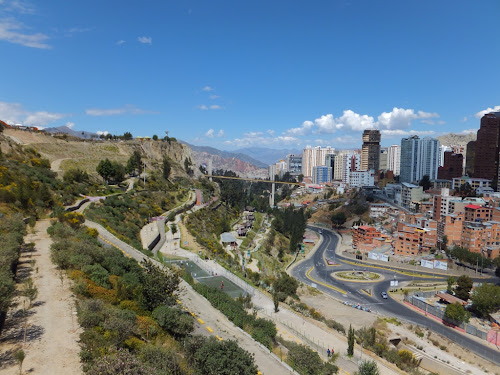 Did I mention it was hilly? This is a local park I went to find with the idea of doing a little run. No, I didn’t.

One of the high lights of La Paz I owe to some good Facebook buddies; Tony, Oszkar and Bob. I had a craving for Steak upon leaving Santa Cruz and these chaps took the time to do some research and all came back with the same suggestion; The Steakhouse in La Paz. I duley went along (how can three good fellows be wrong?) and had an awesome steak. I’ve previous tweeted and facebooked the ‘before’ photo, so here is the ‘after’; 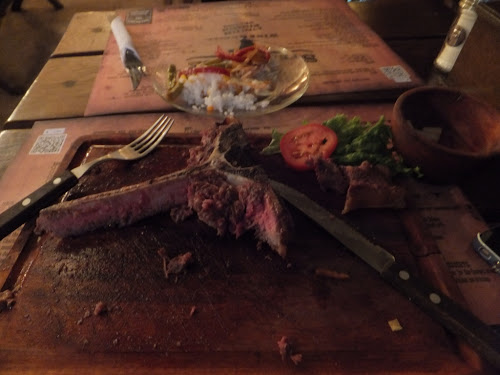 My god it was good.

I have decided that going forward I shall open myself up to more of these kinds of suggestions from you so you lot can lead your lives vicariously through me. So keep your eyes peeled for these opportunities.

The journey from La Paz to Cusco in Peru was fairly painless (14 hours). I think I have now discovered the best seat on the long distance buses for least disturbance from the air conditioning and the W.C. which optimises sleep opportunities whilst giving the most freedom of movement. (Generally seat 9 on the lower deck). However, I’ll also add a note here about just how useless customs are at the boarders where. Once more there were people milling around everywhere. Utter confusion on behalf of anyone who hadn’t been there before and total and blatant ignoring of procedure from everyone else! (Don’t follow the locals because they don’t bother with customs unless challenged). Here’s a picture looking back to Bolivia. At this point I hadn’t been through either customs and had to walk back to get it done right! 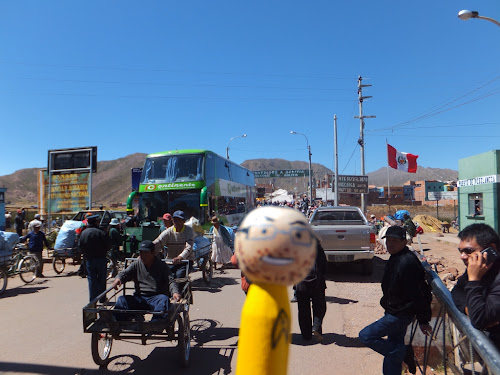 So, I find myself back in Cusco having been here in 2006 to do the Inca trail with the BHF during which I made some life long friends. It hasn’t changed a great deal, except the pub we had our post trek piss up in has changed names (though nothing else). I’m only here two nights, but each one I have spent here, in The Cross Keys (original name) thinking of good friends and departed love ones. One thing that may have changed is their spirit measures. My god they are strong! Westy** must have a relative working here!

I’ve also done a fair bit of walking around; here I am looking my coolest sporting my prised Tilly Hat; 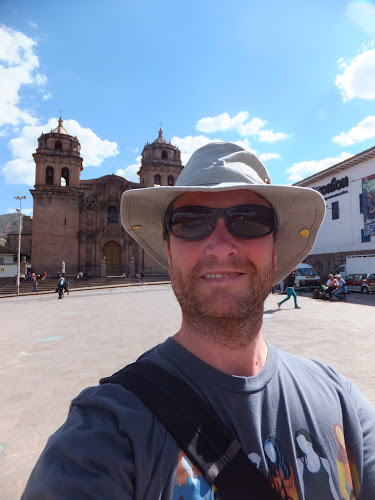 Tomorrow I start a marathon journey to Trujillo – two coach trips on the bounce – two nights in a row on a coach – but at the end of which I should be able to take it easy for 4/5 days on a Southern Pacific beach.

* especially considering you know me.

** Westy; Christina West of Firebox fame whose measures where generally 50/50 spirit to mixer.