Blooming hell it’s hot*. And there are Mosquitos. Thousands** of the fuckers.

Whilst in Santa Cruz I booked to stay in a little hostel called Jodangas which was just out of town, but in between town and the bus depot which makes it perfect for me. The write ups said it was a bit ‘lively’ but otherwise clean and decent – and it had a small pool! I booked a bed in a 6 bed dorm (they had rooms upto 10 beds, but as I don’t like people I decided the fewer people I share with the better) which cost a little extra (about £2). As it turns out I had the room to myself the entire time I was there. Bliss.

I quickly realised that there isn’t really a great deal to do in Santa Cruz. It’s a quaint little place whith a few town squares, markets and small parks, but mostly it’s a launching point for those heading into the Bolivian Amazon or those heading out to Brazil or Argentina. So I just enjoyed the squares. 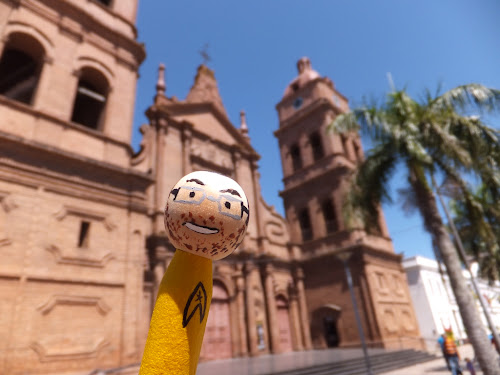 In the main square in front of the church. 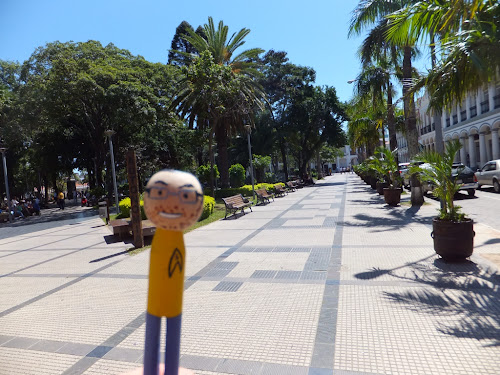 Surprise fact; I ate no meat whilst in Santa Cruz. The damned hippies in Buenos Aires must have brain washed me!

So after two days of wandering around the city it was time to move long. Next stop; La Paz! I decided on another coach (as they are dirt cheap) so for £15 I go a ticket on the ‘cama’ (sleeper) bus for the 18 hour journey and I was very excited. 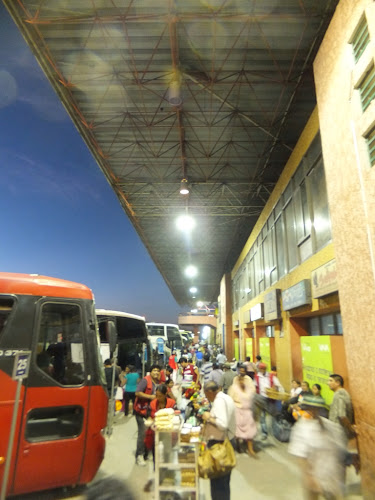 The busy bus terminal. This time I listened v.hard to the announcements.

The coach arrived, and I boarded as planned this time, however, this coach had no aircon (which sucked) and I was sitting directly under one of the main speakers for the TV. Which really sucked because it was very loud and I couldn’t even see the TV! It also happens that the coach I was on must have been designed for the somewhat ‘smaller’ locals and not 6ft gringos like me. All in all, a very different journey to my previous (and much longer) trip from Buenos Aires. In short; it was painful.

It did however, have some besutiful scenery as we climbed into the Andes towards La Paz. It was early, I had a headache, and this was the best of a bad lot of photos; 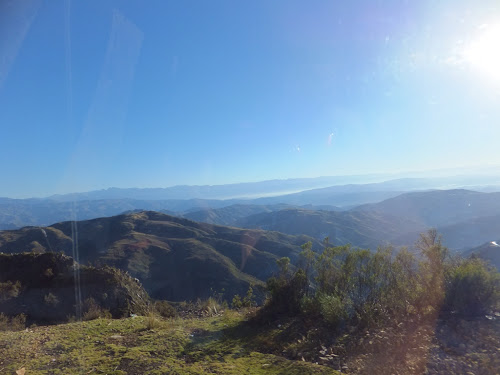 So now I am here, in La Paz, and craving a Steak. Thanks to Tony, Oszkar and Bob for all researching venues for me and all coming up with the same one; The Steak House La Paz. I’m THERE! 🙂

Full meal write up next time. I might even be one of those annoying people tat photographs my meal!

*** I know they speak Spanish here, and yes, I know Ciao is Italian. BUT. Everyone says it over here so my use of it is perfectly justified. So there.