We left Estelí heading towards León at a very leisurely midday ish. Two buses, a puncture and a very bald spare tyre later and we arrived! The journey was amusing for two man facts: the chap sitting over the tyre that blew almost shat himself and ran half way down the bus to escape the *explosion*. And two: the bus stereo was playing some English language rock (Metallica, Bon Jovi, Guns and Roses etc.) which no one else on the bus other than us was enjoying – for us it made the 20 minute tyre change more bearable. 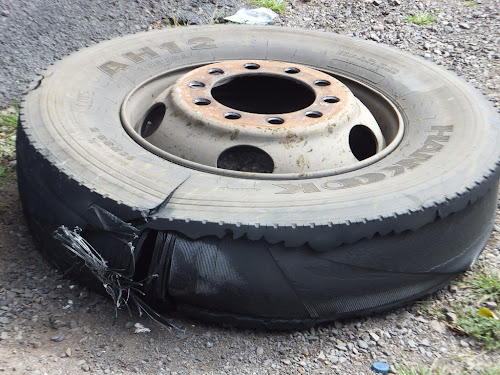 When bus tyres blow, they blow big and they blow LOUD. 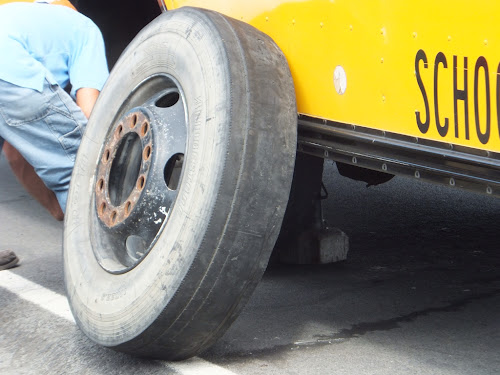 The spare isn’t up for much if you ask me.

We arrived at León and for the second time we get turned away from our first hostel of choice. Seriously Nicaragua, what’s up? Also due to a slight misunderstanding on my part I paid (and tipped) the tuk tuk driver after Kate had already paid him. Oh well, £3 lost. We end up staying in a hostel called Lazybones which is actually pretty cool (we also stayed here on our return to León a week later).

The city is pretty cool with a colonial feel and just enough tourism to warrant a some decent bars and restaurants and they are also restoring some of the buildings – including the Cathedral in the main square. 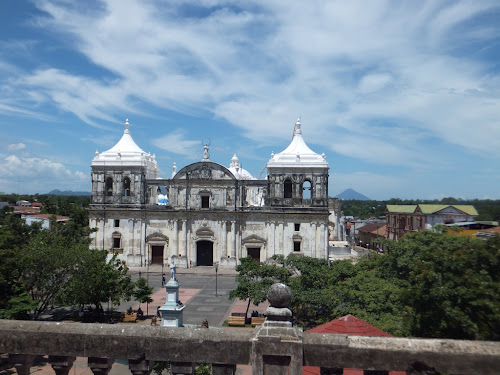 The Cathedral as seen from the roof of the revolution museum across the square. Note the fresh white roof!

We spent a couple of nights here relaxing (I was still feeling pretty run down) and roving the town. We ate out and I LOVE how they server rum here by the bottle. You can buy a mini, quarter, half, or full bottle and it is served with an ice bucket, limes, your mixer of choice and a glass with a napkin wrapped round it. It’s like drinking at home and is AWESOME. A quarter bottle is just about right for me and costs about £5 – not bad for an evenings worth of drinks!

We read the guide books and decided to head north to a small fishing village called Jiquilillo (don’t worry, I can’t pronounce it either – something like He-kili-yo) because it is supposed to be a cool off piste surf beach and also because its next to a reserve where turtles nest – and we were here in the right season to see it!

We stayed at Rancho Esperanza, which is an Eco Lodge running programmes to help the local community; from an after school club for the kids or training locals to be guide for local activities (fishing, crab hunting, coconut tree climbing etc). They also do a surf school for the kids – to qualify the kids just need to spend one day a week cleaning the beach. The lodge itself is simply a collection of bamboo cabanas and one central community hut where all meals are served and the surf boards are stored. Meals are eaten family style, so you have to sign up for lunch or dinner a few hours before they are served and then everyone is fed at the same time. The food as pretty good – but could have been better. Also, after spending six nights there with only one option for lunch or dinner it felt a little restricted.

We did four things most days at Jiquilillo: hammock time, wave diving, eating and sleeping. We also did a little surfing and on one night we went up to the Padra Ramos reserve where we took a tour around the turtle hatchery and went looking for nesting turtles – THIS WAS AWESOME. We didn’t get to see any nesting turtles as the tide was out (they generally come in at high tide) but we did help release about 100 baby turtles! I wish I had a better camera to have taken better photos but I don’t so I couldn’t. This is the best I could get: 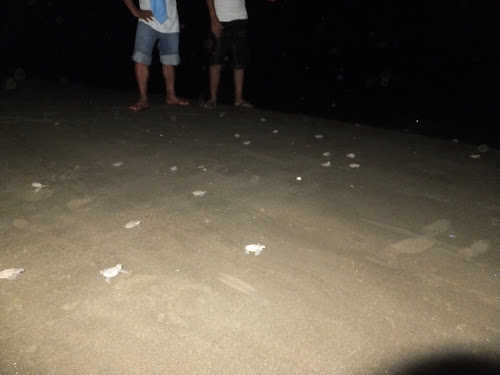 There they go – crawling down the beach! A magical moment!

These are hawkbill turtles and apparently around 80% of the worlds population nest along the Nicaraguan coast line and around 60% of them nest along this beach area. Tragically the poaching of eggs is rife and the locals dig them up and sell the eggs to eat. There simply isn’t the police presence, priority or willingness to deal with it so a local charity set up to protect the turtles deal with it as best they can and all they can do to is offer to buy back the eggs to stop them going to market (then they hatch them)! This seems to feed the industry if you ask me, but there is no other alternative. To try and stop the poaching would be risking bodily harm. Is a sad situation.

But compared to the state of the local fishing industry that’s nothing. These guys are using dynamite to fish! It’s totally illegal, but again there is no government assistance to stop it so the practice goes unchallenged and most of the fish are exported. Very sad.

But in happier notes of our week at the beach here are some lovely photos: 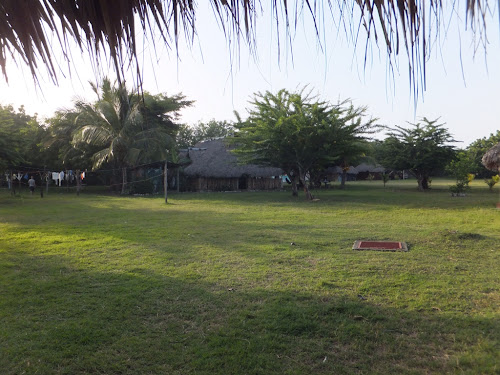 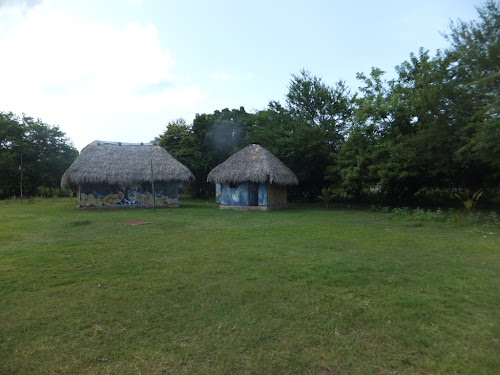 Our hut (on the right) – Jellyfish! 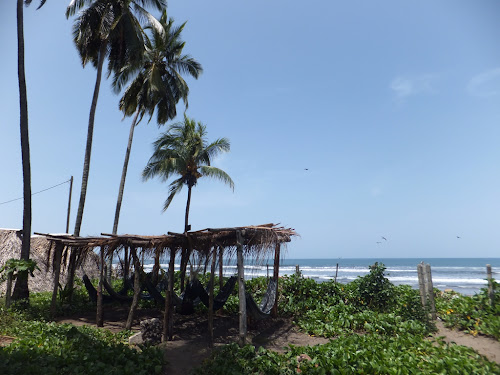 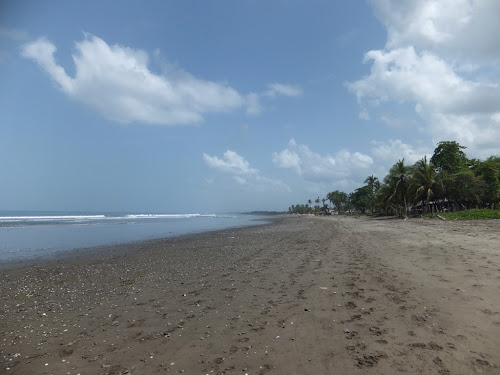 The beach (tide out) 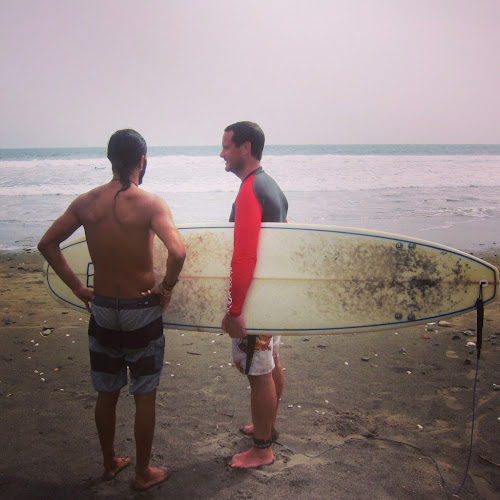 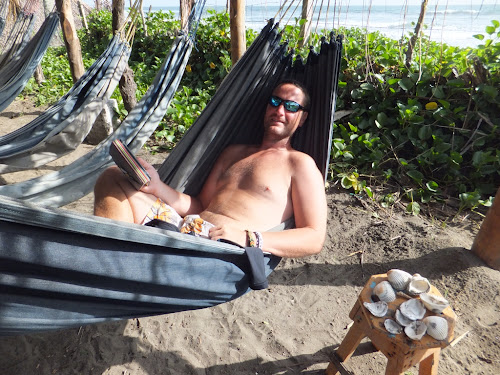 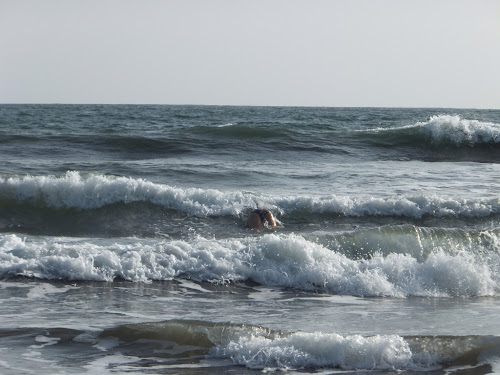 Wave diving! Can anyone spot Kate? If so – what part?

That pretty much sums up our six days at the beach. Repeat all the above daily (expect surfing – I admit defeat here until I build up some abs!). Also I’d like to note here that I FINISHED ‘Moby Dick’. My god, what a ponderous tome that was. The story of Ahab and the whale is only about 25% of the book. The rest is whale waffle and fishing piff along with some overly descriptive pages on things with little relevance to the story. I am guessing he got paid by the word! Still, I have been trying to read this book for years (this was my fourth attempt) and now I can say I have done it. So there. Now burn it.

We left Jiquilillo heading north to Potosi from where we would hike up Volcan Cosiguina which is only about 872 meters to the summit, but about a three hour hike from the town. Kate elected to ride a horse up (she does not share my love of hiking up steep hills with lots of rocks) and we hired a guide to show us the way. About 30 minutes into the hike the guide complained his shoes were hurting him so we stopped at his friends farm where he borrowed a horse. So now a new challenge: Steve versus the horses. Challenge excepted. 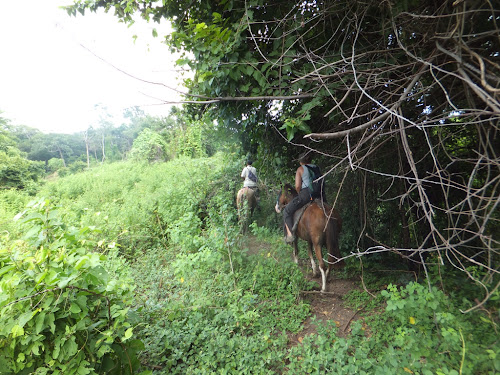 I like to say I’m pretty good at hiking. I like it. I’m pretty fast. I enjoy it. But holy moly did I have push myself to keep up with the two horses. I even jogged a little at points. But I did generally keep up. So you can imagine my disappointment when we got to the top and it had taken the full three hours that people ‘average’ up the hill. I was gutted. I was hoping for two hours. I was shattered. I could hardly stand. And my top was drenched with sweat. You would not believe it! 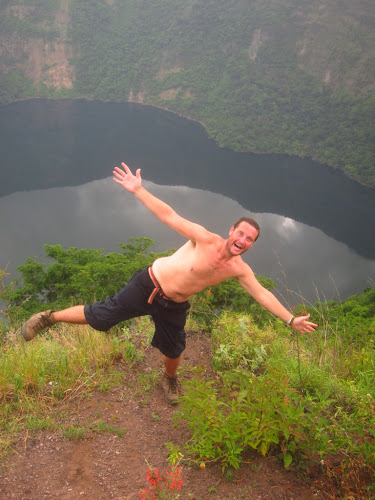 This photo nicely sums up how I felt. I almost fell over trying to do this and it’s a looooong drop. 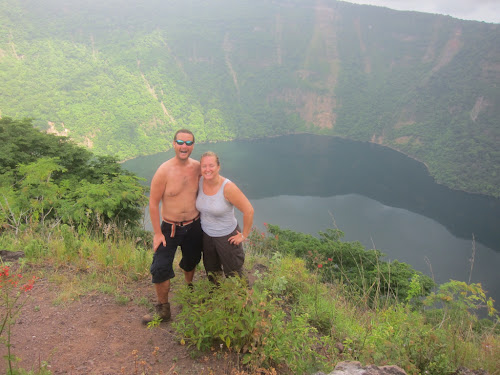 Given five minutes to compose myself, in this picture I look a little more alive. 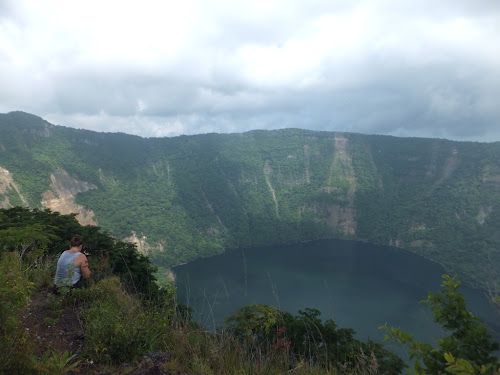 The pictures without me in look a lot better.

It took around two hours to get back down to hour hostel and after a quick shower, something to eat and an hour in a hammock we left Potosi and headed back to León with plans to head south to Granada after a couple of nights, a fair few rums and A LOT of rest.

I must remember that I’m not as young as I used to be.

Three weeks till the BIG 40.